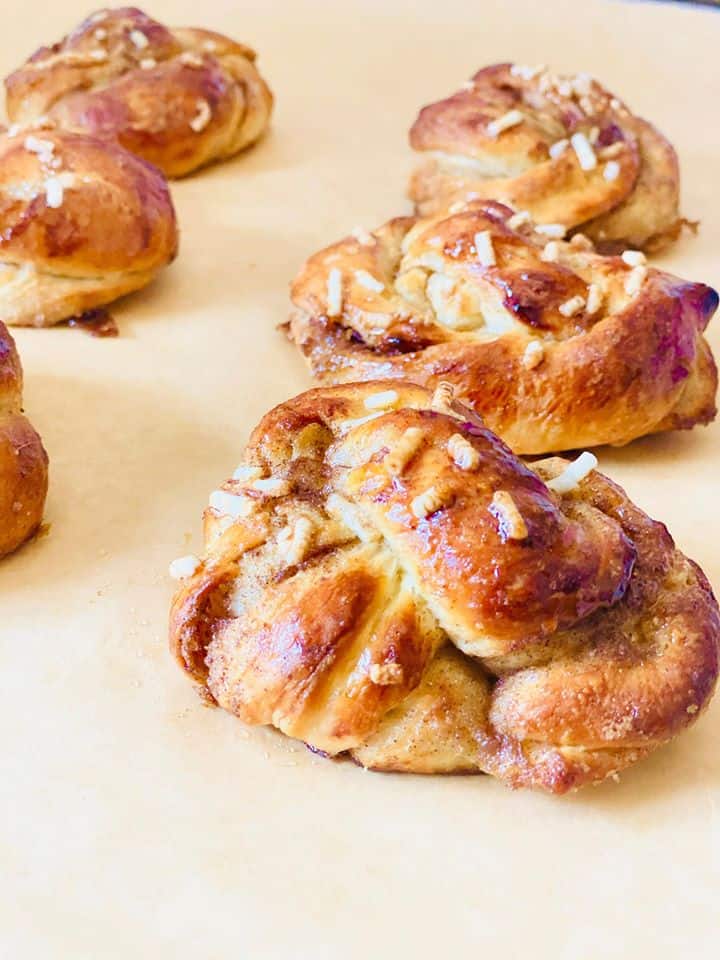 GOOD MORNING! Yesterday I made this beautiful Swedish brioche.

This is one of my favourite Nordic recipes: I have eaten them often but I had never made them in the traditional way before. They are irresistible!!

Before starting, melt the 50g of butter that you will need for the brioche dough and take the other 50g out of the fridge which will be used in the filling; also turn on the oven light so that the temperature inside it rises a little.

Let the milk cool (the ideal temperature would be 37 °) and dissolve the yeast , mixing well; let it rest for 15 minutes.

Put the milk and yeast mix in the bowl or in a large bowl and add 40g of sugar, a pinch of salt and melted butter. Once mixed, add 250g of flour; when it is absorbed also put the 20g of whole egg (keep aside the remaining egg that you will need to brush the brioches before baking). Continue to knead, adding an additional 30g of flour only if necessary; the dough must be firm but very soft and elastic. After working for at least 5 minutes, transfer the dough to a bowl, cover it with a cloth and let it rise in the oven, with the light on (I also put the butter for the stuffing in the oven, so that it softened further) . Let it sit for about an hour.

Once the dough has risen, prepare the filling by mixing the soft butter with the sugar, cinnamon, flour and vanilla extract. Roll out the dough on a well floured work surface and form a rectangle of about 50 cm x 25; distribute the filling over the entire surface, then cut six strips lengthwise and roll each strip of dough on itself as if to form a helix; form a spiral with each helix, tucking the two ends under it. Transfer the brioche obtained on a plate covered with parchment paper, brush them with a little beaten egg (the one left over from the preparation of the dough), and let them rise for 30 minutes.

Bake the kanelbullar at 200 ° and cook them for 14/15 minutes or until golden. Once out of the oven, brush them abundantly with the warm maple syrup. Store them and consume them within a day or two; if you want to eat them later, I suggest you wrap them in cling film and freeze them – at that point you just have to put them out of the freezer the night before and warm them slightly in the oven before serving them for breakfast. ENJOY! 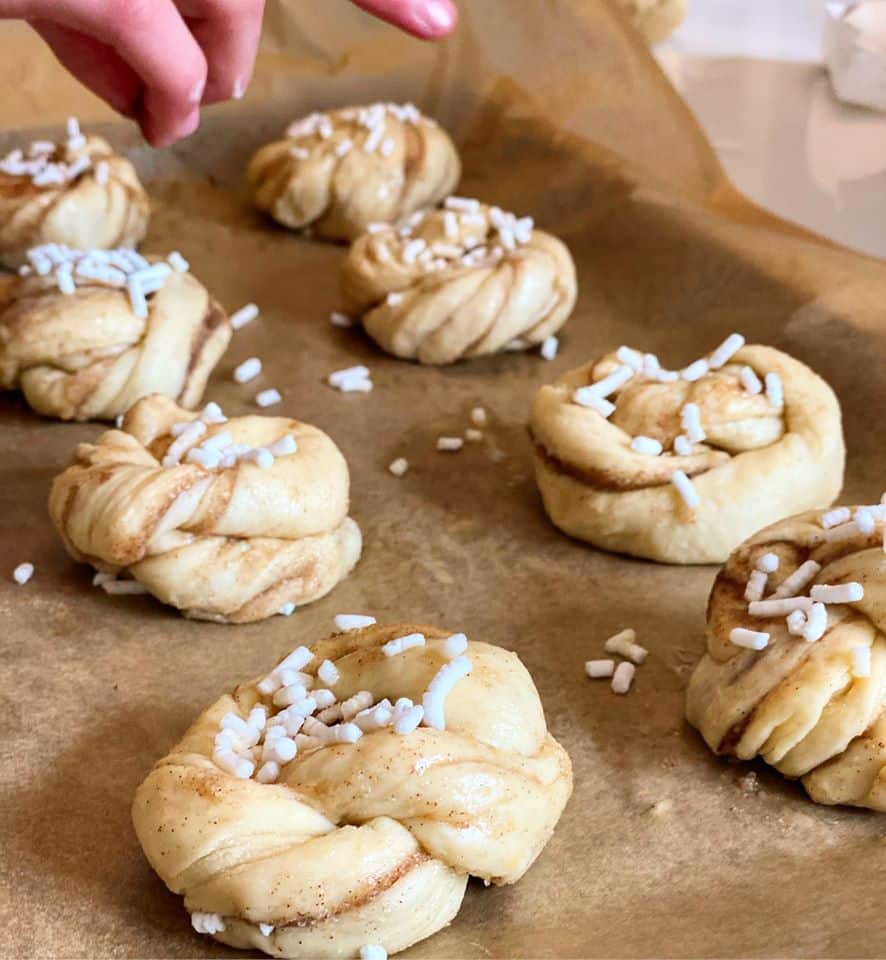 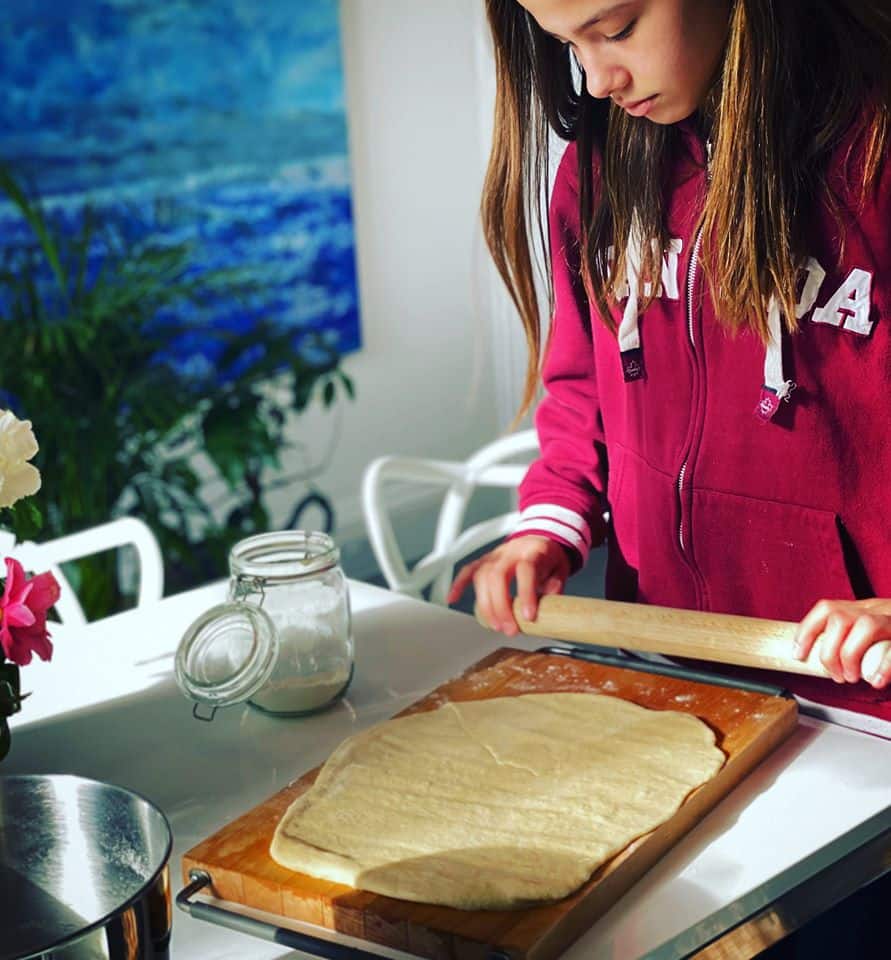 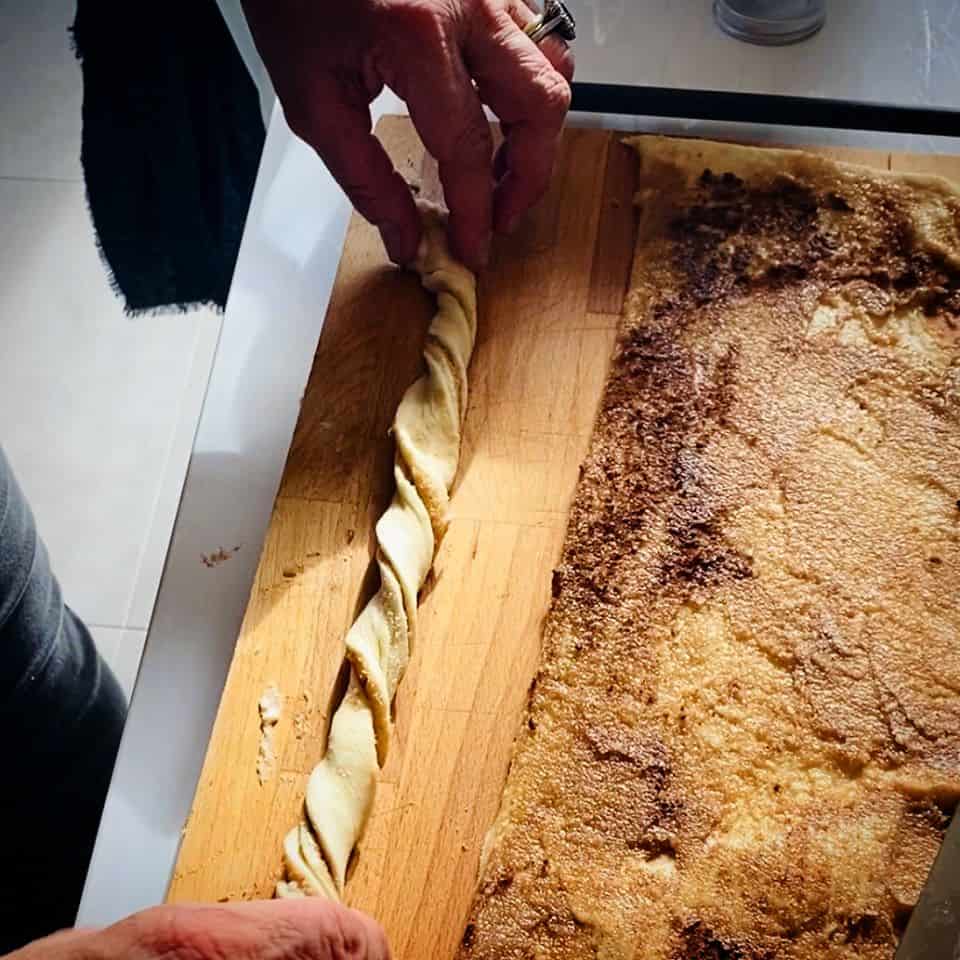 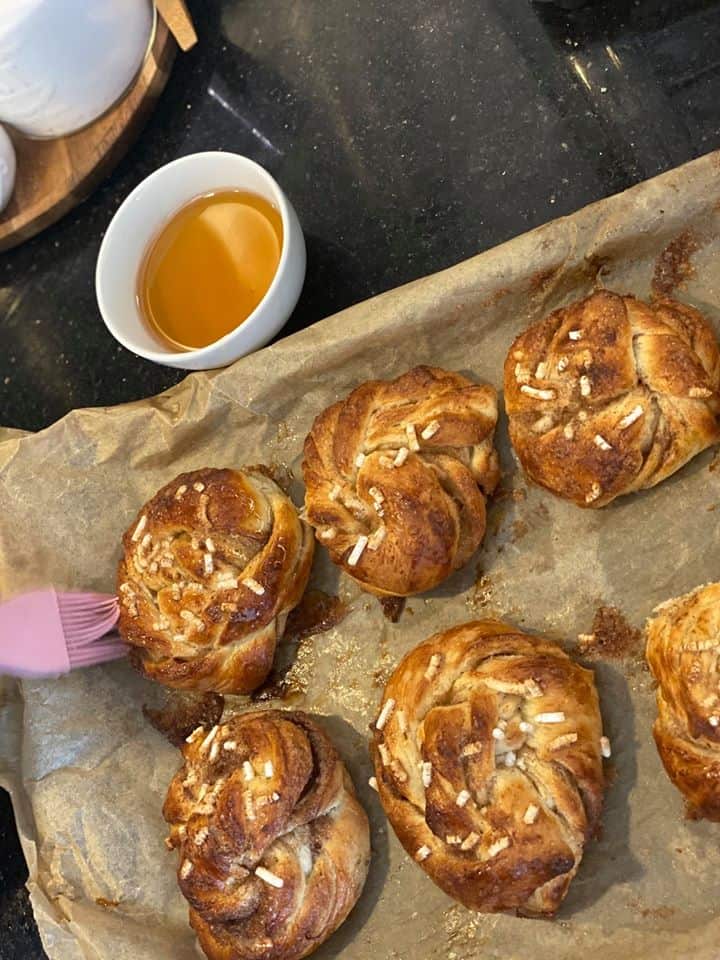